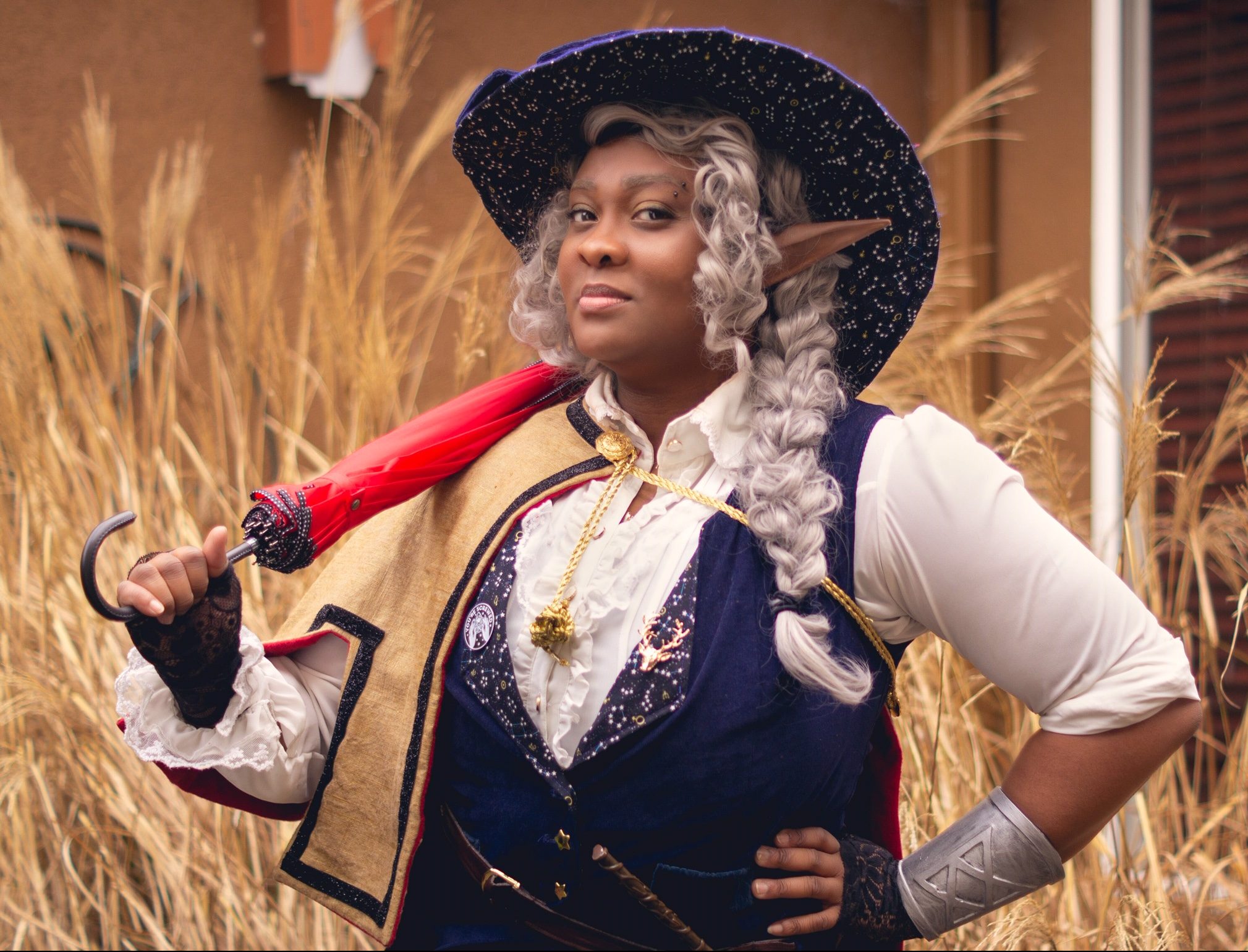 Since the self proclaimed “idiot” wizard, Taako, does not have a canon design according to the creators – I decided to create something of my own design for him. The final outfit was inspired by ouji/lolita style, 17th century fashion and general foppery.

The shirt, tights and boots were borrowed from my own lolita wardrobe. The umbrella was purchased. Elf ears are from Aradani Studios.