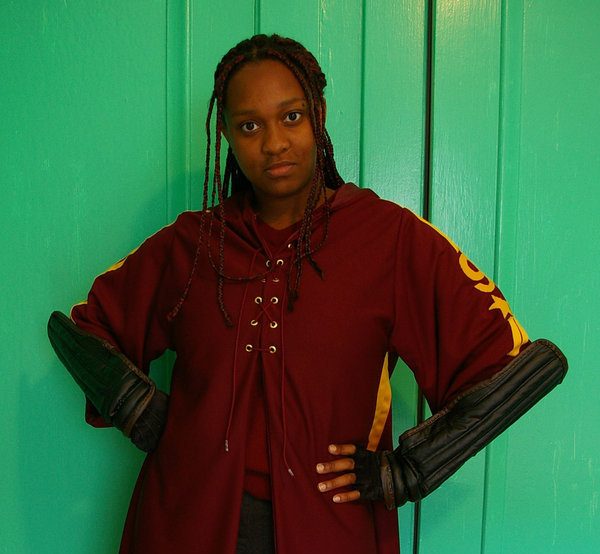 I love Harry Potter. So I absolutely wanted to make quidditch robes to wear to future Harry Potter screenings and decided on the style from Prisoner of Azkaban. As Angelina Johnson was described as having braids (and one of the few black characters), I decided to cosplay as her, since I also had braids at the time.

The robe pattern was modified from a Simplicity Pattern with drafted a new hood pattern. For fabric, I used ponte knit for the outside and a deep red lining fabric. The yellow details were cut from felt and ponte fabric and sewn to the robes. The front opening had 12 brass grommets and was laced with a matching red cord.

The arm and shin guards were based on widely available quidditch guard tutorial and constructed in upholstery vinyl. The gloves, pants and sweater were all thrifted and modified to match the original movie designs.